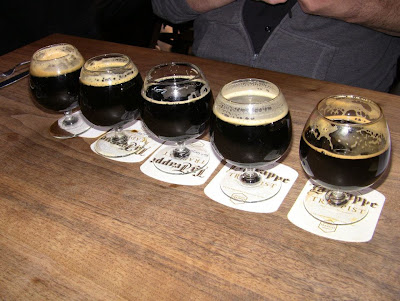 I woke up a bit groggy from all the opening night events on day 1, and got myself ready to head to Brouwer's Cafe for the start of this year's Back In Black Stout Fest.  We managed to arrive just minutes after the doors opened. 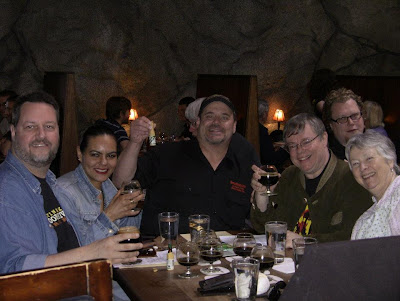 Enjoying Back In Black 2012


My wife and I enjoyed some great Stouts, including another chance to have some Evil Twin Imperial Biscotti Break.  Yum!  We had a great time hanging out with Don Sch, Beer Dad, Matt Bonney and others. 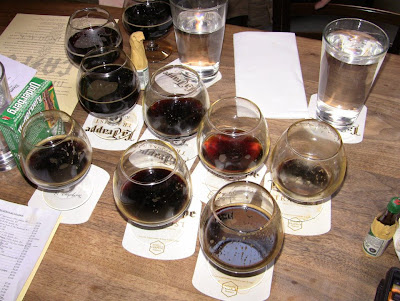 Working On Our Stouts - Quite A Variety

After spending about 3 hours at Back In Black, we ran into another friend, and all headed out to Redmond for the Firestone Walker kickoff event at Malt & Vine.  We didn't know who might show up from Firestone, but we knew there would be some great beers on tap! 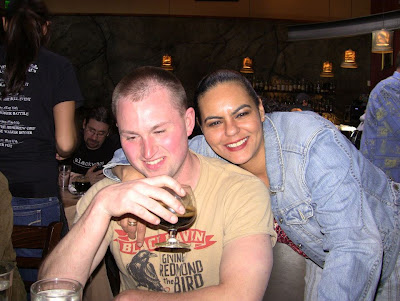 Lynn With Our Friend, Ben 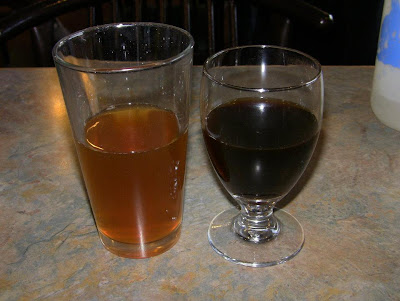 We took our time and shared our glasses, since most of these beers are pretty high octane.  After getting our fill we finally headed out to Black Raven to close out the night.  To see more photos from these events, please click HERE.

Today, I had planned on taking a beer bus tour to 7 Seas Brewing, Sound Brewing and Silver City Brewing out on the penninsula, but the bus was cancelled due to insufficient signups.  I guess I'll just have to figure out which other events I'll be hitting up instead.  Watch for more info and photos tomorrow.

Drink responsibly and stay safe out there.
Posted by Beer Monger at 11:55 AM