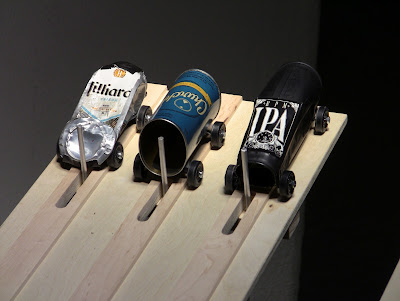 For the third day of Seattle Beer Week 2012, I started things off at The Pine Box to check out the Can Derby - The Pine Box's version of the old Pinewood Derby races from Cub Scout/Boy Scout days gone by.  I started off my visit with a delicious Elysian Brewing's Split Shot Espresso Milk Stout, through a randall of Four Roses Bourbon-soaked oak chips and a tasty savory fritatta. Yum, yum. 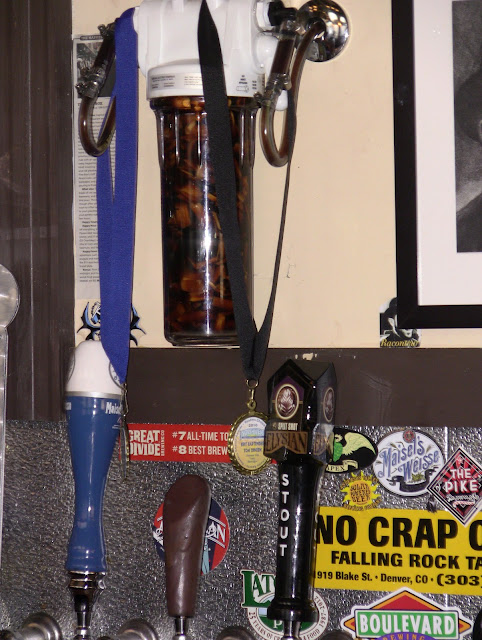 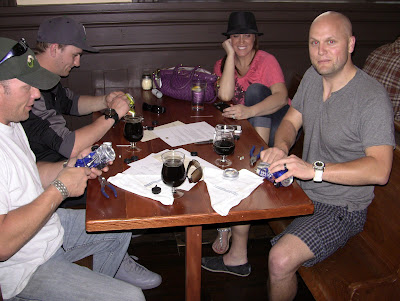 Derby Competitors Working On Their Racers


After a while, everyone started showing up and working on their racers.  Most were built on-site, but there was a rather impressive racer crated at home by Brew Dad.  Some were more meticulous than others.  Some ever brought along dremmels and other tools to craft their racers.  Others just crammed wheels onto a can and hoped for the best. 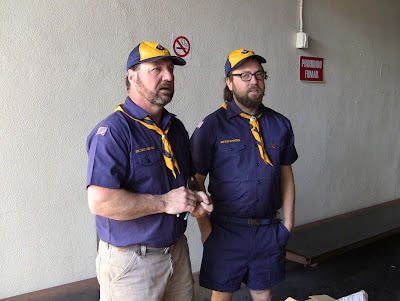 Would You Let These Men Lead Your Children Into The Woods? 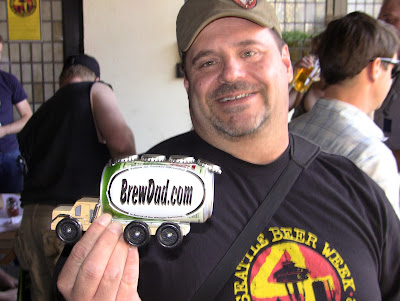 When the races got under way, I was at the ready with the camera!  You can watch video a few trial runs and the first five races HERE on Youtube.  I wasn't able to stick around for the next round of racing, so be sure to check The Pine Box's Facebook page for the winners. 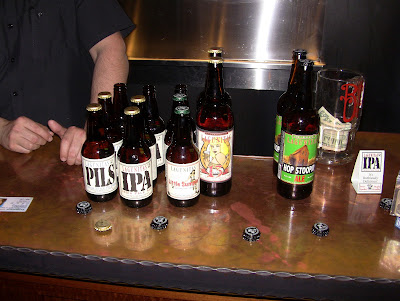 The Lagunitas Taster Lineup.  Some Of Their Best


After leaving The Pine Box, it was on to Bottleworks where Lagunitas Brewing was in the house.  I tried their new Waldo's Special Ale, and it did not disappoint.  Honestly, Lagunitas is one of those breweries who has yet to put out a single beer I don't like.  Their quality and consistency are excellent. 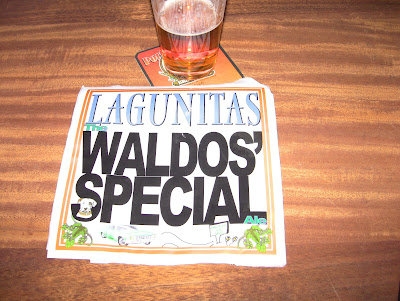 After spending a few hours at Bottleworks, enjoying delicious Lagunitas beers and chatting with friends, it was on to Mike's Chili Parlor for a little refueling.  The crowd at Mike's was much lighter than I was expecting. 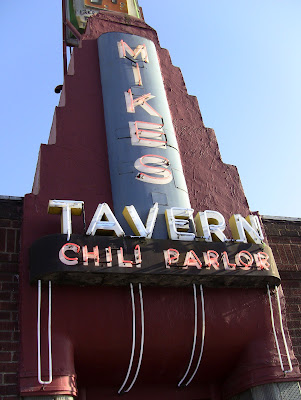 
I needed some starch at this point in my day, so I ordered a big bowl of Chili over spaghetti.  We sat out on the patio in the beautiful weather and closed out out day. 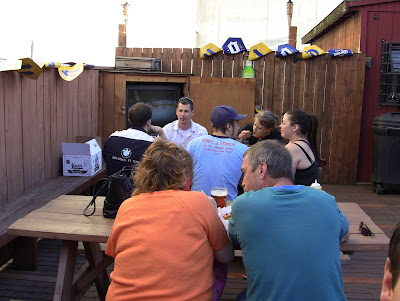 Enjoying Some Chili On The Patio


You can see lots more photos HERE on facebook, and don't forget to check out the video link above of The Pine Box Can Derby Races.

Today is Mother's Day, and I wound up sleeping in a bit and missing my planned HOP IPA Breakfast at The Brave Horse, but I'll be at Beveridge Place Pub in West Seattle later today for the Iron Brewer competition.  See you there.

Drink responsibly and stay safe out there.
Posted by Beer Monger at 1:22 PM