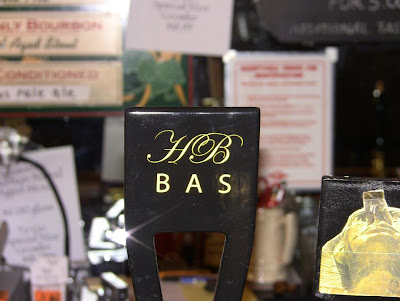 Seattle Beer Week 2012 rolls on - and is wearing me out!  On Monday, I headed down to Big Time Brewing for their first ever bourbon-barrel beer release.  That's the tap handle above. 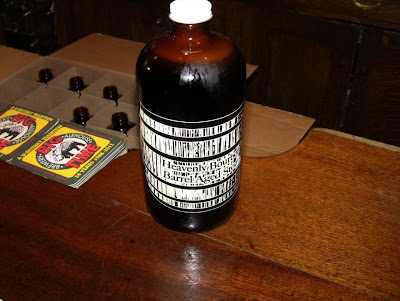 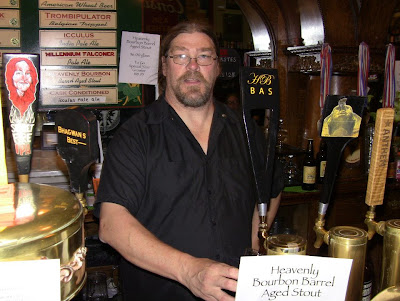 
The offering, Heavenly Bourbon, is an imperial stout, aged for eight months in Heavenly Hills Bourbon barrels.  It had a rich flavor, heavy with the oak and bourbon, and the flavor lingered in your mouth pleasantly.  I was fortunate to receive the first 12oz pour off the tap, before Big Time Head Brewer, Drew Cluley, started filling the limited-edition special growlers Big Time had made up just for this beer. 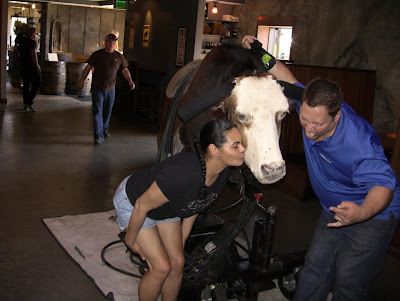 My Wife, Lynn, Kissing The Bull


After leaving Big Time, we decided to get to Brouwer's Cafe a bit early to see the setup for the bull riding.  The what?  That's right.  Big Sky Brewing Company was on hand, and Brouwer's brought in a mechanical bull for everyone to enjoy.  Did you miss it?  Check it out here (Video 1 of series):

It was a fun evening, once the DJ woke up and stopped playing 40 year old, slow Country songs that were putting everyone to sleep.  Enough people bugged him about the poor music selection that he finally changed it up and started playing some rock; and then everyone started having a great time.  Click HERE to see a lot more photos from this day. 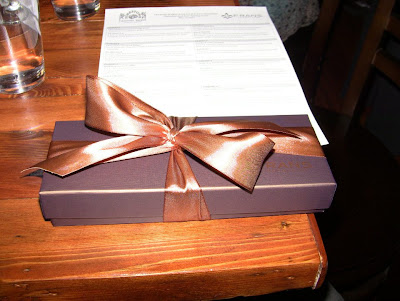 My Box Of Fran's Chocolates For The Firestone & Fran's Event 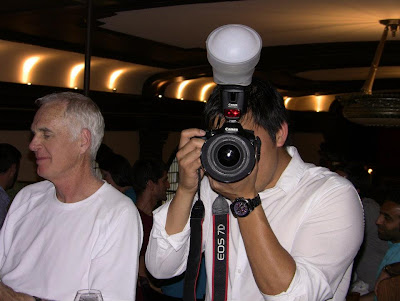 
This 10-course beer and chocolate pairing event was hosted by David Walker from Firestone Walker, Fran's Chocolates and Rawi Nanakul.  Fran herself was on hand, but did not speak at the event.  Click HERE to see the full menu from this event. 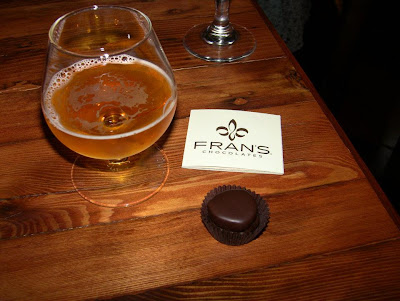 
Up for today, we'll be hitting two events.  The first is the IPA Championships at Cooper's Alehouse.  This is the conclusion/finale of the blind tastings Cooper's was doing during their IPA Fest last month.  The winners of each Double IPA Blind Tasting will go head to head today in another blind test to find and crown the ultimate Double IPA Champion. 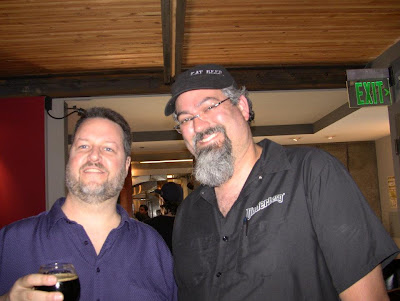 Me With The Homebrew Chef, Sean Paxton


After that, we'll be heading back to Brouwer's Cafe for tonight's Firestone Walker & Homebrew Chef dinner.  Brouwer's is closed all day today to prepare for this event, which will include a 10 course dinner, paired with Firestone Walker beers.  Knowing Homebrew Chef, Sean Paxton, However, I'm expecting at least 11 courses.  Sean likes to sneak in a special, unannounced course into many of his dinners. 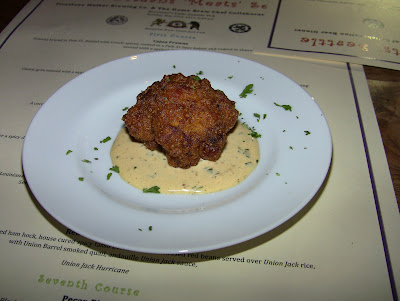 
Watch for a recap of the IPA Championships and the Firestone Walker and Homebrew Chef dinner at Brouwer's tomorrow.  Until then, keep enjoying Seattle Beer Week.

Drink responsibly and stay safe out there.
Posted by Beer Monger at 11:24 AM