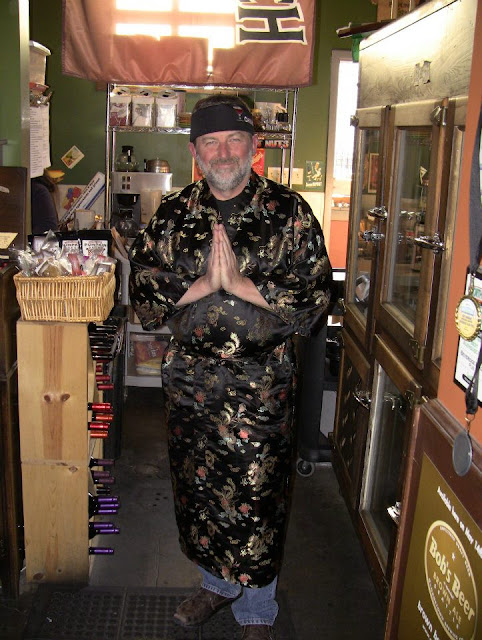 Quite a few events during day 4 of Seattle Beer Week 2012 were about Moms - for obvious reasons.  Since my Mom is several states away, I had no opportunity to take her out to any of the Mother's Day-themed events around the city. 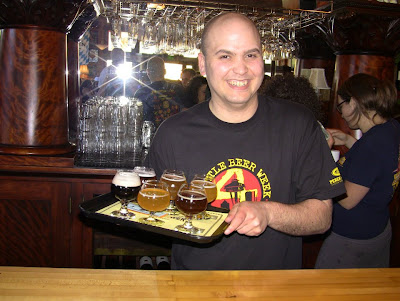 Instead, I played it low-key and hit just two events.  The first was Iron Brewer at Beveridge Place Pub.  This annual event is a challenge for the brewers, who must use the ingredients Beveridge Place specifies, and then be judged by the masses to see who comes out as champion. 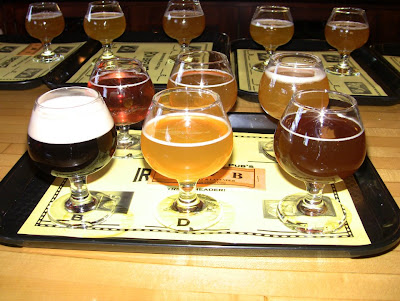 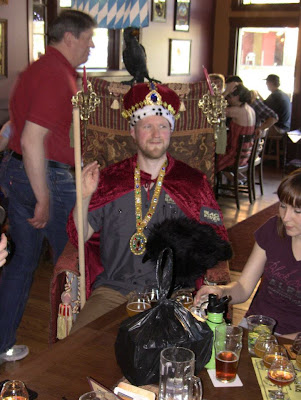 Each of these three pair-ups/challenges was judged sperately.  And though we knew the special ingredients used, we did not know which brewer brewed which beer (For example: The A/B Ballot Below does not mean that Black Raven is A and Odin is B - we don't know).  Here were my picks (circled): 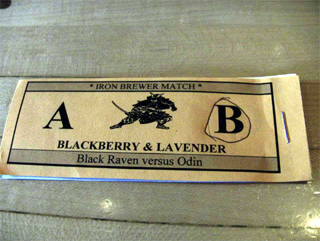 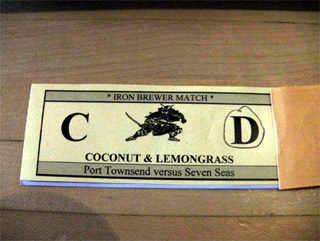 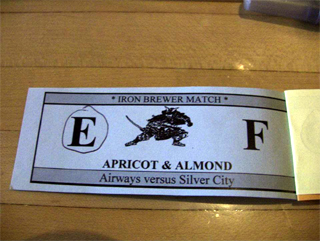 Last year's reigning champion, Black Raven, clearly takes their 'Champion' title seriously.  They arrived in style, hoisting their 'King' on his throne to their table.  So did they win again?  The winners were:

The Winners:
A: Odin (Blackberry & Lavender)

D: 7 Seas (Coconut & Lemmongrass)
F: Silver City (Apricot & Almond)
Though they were not victorious this year (congratulations to Odin!), Black Raven inherited the title of Grand Iron Brewer, following seven wins in a row - quite a feat!
Iron Brewer 2012
After Beveridge Place, I decided to head down to one of my other favorite beer stops in West Seattle, Super Deli Mart.  Today was their 'All That And A Bag of Chips' promotion as well as Avery beers on tap.  There were free Tim's Cascade chips for anyone who filled a growler or ordered a beer. Min With A Few Fat Sacks Of Chips
I chatted a while with Super Deli proprietor, Min, and discussed a few other events he has coming up during Seattle beer week, including the customer appreciation BBQ on Sunday the 20th.  For today, Monday the 14th, they'll be featuring Great Divide beers on tap. 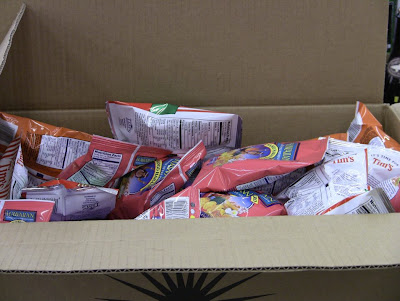 Free Tim's Cascade Chips At Super Deli Mart
For more photos from today, click HERE, and be sure to keep following me the rest of Seattle Beer Week 2012 for even more event coverage.
Drink responsibly and stay safe out there.
Posted by Beer Monger at 11:17 AM