On Tap For This Weekend 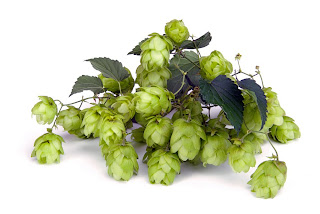 Hoppy Friday! I hope everyone had a fun and safe St. Patrick's Day! Now it's time to turn my attention to the approaching weekend. I don't know about you, but I've got big plans!

Time to Brew:
I've been rather annoyed at myself for slacking off on my homebrewing for the past couple of years, so I decided it's finally time to brew again!

This weekend, I plan to clean all my brewing equipment, head to the homebrew supply shop to pick up some new hoses and fittings, buy the necessary ingredients to brew a batch of IPA - maybe a double IPA, and then brew! I'm also going to go ahead and make a batch of cider. I haven't decided on what flavor yet, but I'm thinking strawberry or perhaps blueberry.

The gravity-fed, propane-fired brewing system I have allows me to make 10-gallon all-grain batches of beer. I can bottle or keg my homebrew (in 3 or 5 gallon Cornelius Kegs), and I usually do a half and half. That is, I keg half of each batch and I bottle the other half (for easier transport - the kegs are for home consumption).

Since it’s still a bit chilly in the Northwest (our avg. daily temperature is still in the low 50’s), I have two choices for keeping my fermenters at the proper temperature of 66-72 degrees for ale fermentation. The first option is to simply carry the fermenters upstairs into the house after they’re filled. It sounds simple, but the fermenters are pretty darn heavy when full! 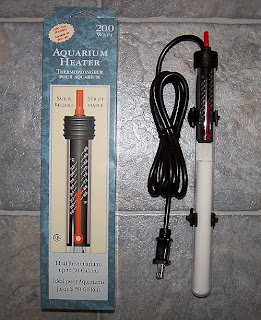 The other option, and the one I’ll probably go with, involves using a tub of water and an aquarium heater. It may sound odd, but hear me out. I brew 10-gallon batches with my brewing system, but my largest fermenter (I use glass carboys as my fermenters) has a capacity of only 6.5-gallons. To get around this problem, I always split my batches into two 6.5-gallon fermenters – putting 5 gallons in each. Then, I simply place both carboys into a large tub of water, and put the aquarium heater in the water, set to about 68 degrees. I’ve found this a very effective way to maintain a steady fermentation temperature, even with the carboys sitting in a garage where the temperature can fluctuate quite a bit through the course of the day.

Splitting my 10-gallon batches into two separate fermenters, as I mentioned above, actually has a few advantages as well. Since I often keg half of each batch and bottle the other half, having the batch already split in two makes this much easier. Also, it’s very handy if I want to experiment with what effect different yeasts will have on the taste of the finished beer, by using different yeast strains for each half of the batch. I’ve found this method pretty useful over the years, in helping me determine the appropriate yeast for some of my beers. It also makes the fermenters easier to move around if necessary (you try lifting a container that holds 10-gallons of liquid).

My Dream Fermenter
I do have a 'dream fermenter' I’d like to pick up at some point, but it carries a price tag of $1,895 for the base 14-gallon model and $2,449 for the ‘ultimate’ model (with a rapid heating/cooling system to maintain proper fermentation temperature for ales or lagers).

I’ll try to make sure I take plenty of photos as I clean up my equipment and brew my batch of IPA. No promises, but I’ll also try to make a video of the brewing process as well for you all to see. That may take a few days longer, as I’ll have to edit it after shooting it.

Hitting the Books:
Next up is study, study, study! As my regular readers know, I’ve decided that I’d like to go for my BJCP Beer Judging Certification. It wasn’t until I’d made that decision that I realized what a large undertaking it really is. I was planning to take my first BJCP exam next month but, after looking over a sample test and study guide, I realized that I’m nowhere near ready.

The exam involves much more than just testing your taste buds. You must be able to identify and describe (in painstaking detail), the aroma, appearance, flavor, mouth feel, etc. of every style of beer outlined in the BJCP Style Guidelines, as well as name commercial ‘classic examples’ of each style, name the desired as well as undesirable flavor descriptors (such as acetaldehyde, diacetyl, oxidized, phenolic, etc. etc. etc.

It’s a mountain of material to memorize. Even the starting ‘interim study guide’ I picked up is a whopping 67 pages and covers such topics as the beer judging process, full details of the entire brewing process and it’s ingredients (including delving into the alkalinity, pH and hardness of your water and how to adjust these factors, different types of brewing malt and other adjuncts, etc.), information on the life-cycle of yeast and fermentation by-products and, of course, detailed information on each flavor descriptor beer judges utilize when judging beers.

There are some places you can find BJCP Exam study classes or study groups, but I think I’m going to study/prepare for the exam on my own. I was always a lone-studier in College and it worked out pretty well for me back then.

So, between hands-on brewing and written theory about beer, brewing, tasting, etc., my weekend is going to be all about beer. I’d just better not drink too much of it this weekend, though. I’ve laid out a pretty ambitious to do list for myself. I just hope, after all the studying, I don't wind up like THIS guy!

Drink responsibly and stay safe out there!