Cheap Beer? My Journey From American Lagers to Homebrew & Microbrews 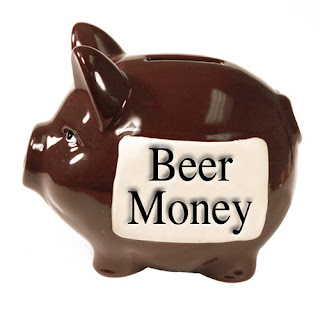 How we percieve things can have a big impact on our definitions of certain things. Prime example: how do you define "cheap"? It can mean different things to different people. To Bill Gates, for example, a $50K Lexus is a pretty 'cheap' car - compared to what he could spend on one if he wanted ($300K Bentley anyone? $500K Mercedes?)
Then, of course, there are those for which the Lexus is far too expensive and their idea of cheap is a $15K Volkswagen or even a $10K Kia ($2K 1972 bug anyone? lol). For those who are financially-minded (that is - preoccupied with their finances), the beer world can sometimes be viewed in somewhat the same way.
I started drinking beer at around age 19 (not including the occasional, random high school party weekend). Like most young Americans, my early tastes of beer were the likes of Budweiser, Miller, Coors and Michelob. The fanciest beers that I ever came across back in those days were things like Henieken, Corona and mabe the occasional Dos Equis. Ooh! Exotic, huh? But let's not forget other beers from back then like Schlitz, Hamms, Rainier, Blatz, Pabst, etc.) 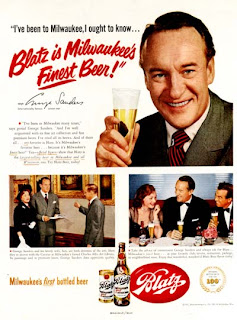 Mmm. Blatz! It must be a high-class beer. Note the tuxedos!
Homebrewing had been made legal again in the U.S. in 1978 and the first microbreweries were starting to appear, but they weren't even on my radar yet. Being a freshman in college, I was looking for any way to save money. So, even the 'name brands' I knew, like Bud and Miller, were more than I was willing to spend at first. I was attending Santa Rosa Junior College in Santa Rosa, CA and the closest supermarket to me carried a beer called Weideman's (No longer in business). Talk about cheap! It was a mere $2.99 for a 12-pack! To a college freshman in 1987, anything cheap was good. 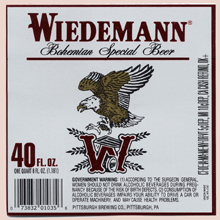 $2.99 A 12 Pack!
It wasn't before long, however, that I began realizing the problems with drinking a beer so cheap. It didn't taste very good, it took far to many to even catch a buzz if that was your intention (remember, we're talking college freshman here...), and would leave you with bad headaches and hangovers if you overdid it a bit. So I went back to the standard American beers again, like Miller and Coors (but even back then I just wasn't a fan a Budweiser).
After a few more years in college (working full time and taking a few classes at night each semester), drinking things like Coors Light, Corona, MGD, etc. I decided it was time to branch out a little. My budget had improved a bit and I was starting to see some of these slightly more expensive brews in the store I'd been wanting to try.
It was around this time that I first discovered one of if not the first microbrew I'd ever had (at the time, I had no idea what the term microbrew even meant). It was a Red Tail Ale from Mendocino Brewing Company - easy to find in Santa Rosa - just one county South. After years spent drinking beer that tasted so bland, the Red Tail Ale blew me away! It had so much flavor and a beautiful deep amber color. Also, for the first time in my life, I knew what hops tasted like...and I liked it! 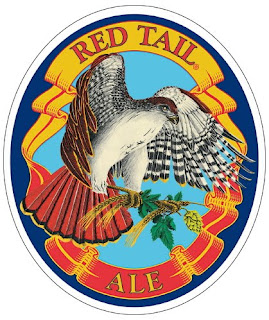 Of course, still being a cost-conscious drinker, I became interested in homebrewing. My brother in law was a homebrewer and I was intrigued to learn that it could be possible to create microbrew quality beer at home, for around the same or even less than it was costing me to drink Miller or Coors.

I became hooked. I brewed regularly and after a few years I had switched from brewing on my kitchen sink with malt extract to using whole grains and making 10-gallon batches on an all-grain brewing system in my garage. I even picked up a 2nd refrigerator for my homebrew and started kegging my beer in 5 gallon 'Cornelius' kegs. These are the old 5 gallon steel containers that used to be used for holding soda fountain syrup. When the soda industry abandoned these containers, the homebrew community snapped them up. 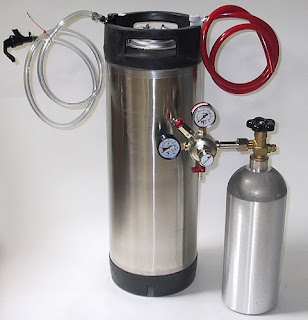 A Cornelius Keg Beer Dispensing Setup
I continued to homebrew but also continued to explore and experiment with beers from other microbreweries I was learning about. I even tinkered with the idea of trying to start my own brewery (a dream I still have), but I just didn't have the financial backing to get it off the ground. Ask any microbrewery (or the new breed of 'nanobrewery') and they'll tell you; starting a brewery is no simple task - and a definite financial risk.
By this time, the beers I started out drinking (Miller, Coors, Corona, Heineken, Hamms, etc.) had become my 'cheap' beers. As Weideman's was to MGD and Coors, so were MGD and Coors to the microbrews, but to an even greater degree. It's like someone who's been eating bologna all their life and then finally discovered steak. Since then, my appreciation for good beer has only grown. I don't homebrew as often as I used to (I'm actually annoyed at myself about that, gotta get back to it!), but I'm always on the lookout for new micros to try.
Years ago, I never could have stomached the idea of spending $7-8 for a 6-pack. Why would I when I could have Weideman's for $2.99 a 12-pack - or Coors for $3.49 a 12-pack?
Over the years, however, my spending threshold has only gone up. In fact, just a few weeks ago, I spent $19 for a single bottle of Lost Abbey Brewing's Angel's Share (2008), and these days I'll regularly spend $6-10 on a single 22oz bottle of beer from my local bottle shop (or $1.50 to $6 on a single 12oz). In fact, most trips I make to one of my local bottle shops, usually wind up with me spending around $40-$50 - and on only around 12-15 beers (12oz and 22oz mixed). Clearly my tastest have evolved since my early beer drinking days, and my enjoyment of these beers has made me willing to pay the prices.
These days, my 'cheap' beers are things like Sierra Nevada Bewing Company's Pale Ale, Deschutes Brewing Company's 'Mirror Pond Pale Ale' (or their wonderful, seasonal 'Jubelale'), Pyramid Brewing's 'Haywire Hefeweizen' or 'Thunderhead IPA', Alaskan Brewing's Alaskan Amber, etc. Many of these breweries started out as microbreweries, but just kept on growing. It's allowed them to make a pretty decent product (FAR better than any mass-produced American lager, in my opinion), while still keeping costs relatively low. The average cost of a 12-pack of one of these beers is around $12-14 on sale at my local supermarket.
Now it's time for you to consider, is your beer budget holding you back? Are there beers out there that you're interested in trying but you feel they're beyond your budget? Believe me, I can still relate. There are still beers out there that give me pause when I see the price tag (there are some special and import beers out there than can run upwwads of $40, $50, $60 or even $70 or more per single bottle).
Now, I'm not telling you to go nuts and spend all your money on beer, but consider the occasional 'upgrade' and see what you think. Instead of spending $7-9 on that 12-pack of Bud. Splurge a bit and spend $12-14 on that 12-pack of Haywire Hefewizen or Mirror Pond Pale.
The next time you're having a get-together, however, consider upping your budget a bit. Rather than picking up a couple of 12 packs of Bud for $7-9/each. Head for the other end of the beer case and consider spending just a bit more for some Sierra Nevada Pale Ale or some Deschutes Mirror Pond Pale Ale at $12-14 a 12-pack.
Already a 'regular' with these types of beers and want to take it a step further? Explore around and see if you have a bottle shop in your area (or even a 'high end' supermarket - many of which have a pretty good beer selection). We're lucky to have 4 in the Seattle area, but more and more bottle shops are opening up all the time.
When you find a place with a better selection, talk to the owners, ask around and start experimenting. Go ahead and pick up that $5 22oz bottle of Elysian Brewing's The Immortal IPA because you like the label, or that $6 22oz 'Arrogant Bastard Ale' from Stone Brewing Company just 'cause you like the name. You may find that you LOVE the beer inside! (There are MANY other great microbreweries I haven't mentioned here - watch for a future article detailing this beer reviwers best of the best!)
Just remember to keep experimenting and keep expanding your beer horizons.
Drink responsibly and stay safe out there!
Posted by Beer Monger at 6:09 AM