Crawfish At Burgundian On June 15th - And 29th - UPDATED 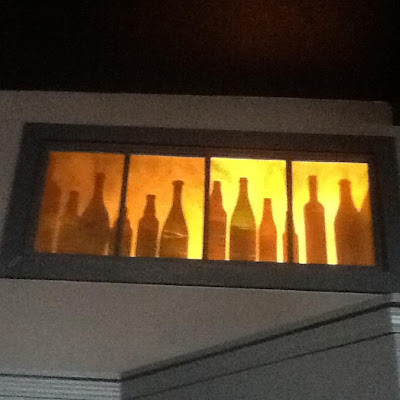 One of Seattle's newest craft beer bars, Burgundian, has been consistently impressing me with their menu offerings.  Even though I do miss a few items their opening day menu offered, which they no longer have (things like Scotch Eggs or real Scrapple), they keep adding more items and specials that are truly gourmet.

Here are just a few of the more delectable choices Burgundian has had on their menu over the past few weeks:

And, of course, their always popular Chicken & Waffles

And now, in a reprise of an event I attended during Settle Beer Week 2012, Burgundian will be having a real New Orleans style Crawfish Boil on Friday, June 15th.  If you're a fan of crawfish, you won't want to miss it. And if you've never had real Louisiana crawfish before, here's your chance.

In addition to the crawfish, Burgundian will be featuring flights of Four Roses Bourbon.  According to Burgundian:

"We will be offering specials on extremely high quality bourbon tasting flights to try along side some delicious crawfish. Don't miss out, this is going to be a great time!"

My Crawfish Platter At Burgundian During Seattle Beer Week 2012

I usually have a crawfish boil party of my own once a year, and right around now, but due to circumstances beyond my control, I will be unable to host my party this year.  So it's Burgundian to the rescue, where I can still fill up on yummy mud bugs!  Come join me!  Burgundian is open daily at 10:00AM and also serves breakfast all day.

UPDATE: Burgundian will be having their last crawfish boil of the year this coming Friday, June 29ht starting at 5:00PM.  Don't miss it!

Drink responsibly and stay safe out there.
Posted by Beer Monger at 11:29 AM