Are you a fan of Two Beers Brewing Co?  If you aren't already, I urge you to give them a try.  Now, personally I'm not a major proponent of canned beer, as my regular readers know.  So I usually get my Two Beers beer either in the bottle or at the brewery on tap (a full listing of which of their offerings are available in cans vs. bottles is available on Two Beers' website).  But if on-tap is how you prefer your beer two, then Two Beers has something exciting lined up for you. 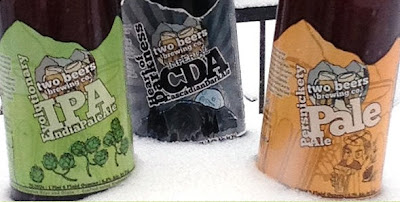 Loyal Two Beers fans can sign up, starting next Wednesday, March 7th, for what has been dubbed 'The Woods Mug Club' at Two Beers Brewing.  A year-long membership costs $75 and includes Two Beers tasting room perks including:


This is Two Beers' way of saying 'Thank you' to their loyal fans.  For full details and rules on The Woods Mug Club, click HERE.  You can sign up in person at the Two Beers tasting room, located at: 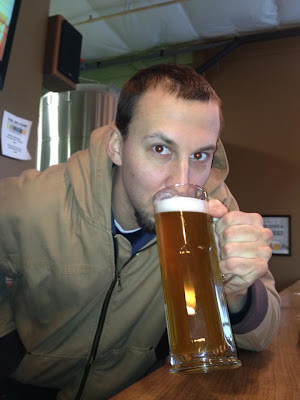 The 21oz Mug Club Mug!
Only 50 spots are opening up for the club, so if you're interested don't delay.

Drink responsibly and stay safe out there.
Posted by Beer Monger at 3:15 AM