Preview Of The Pine Box (UPDATED) 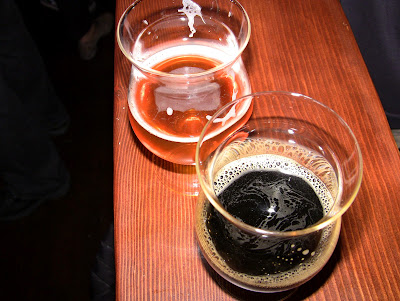 Last night, my wife and I attended the pre-opening industry party for Seattle's newest bar, The Pine Box.  Located in the spot previously occupied by The Chapel Bar, the space was originally a funeral home.  In fact, it's the funeral home were Bruce Lee's funeral was held. 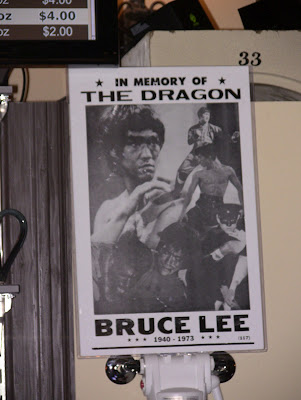 Bruce Lee's Funeral Was Held Here
Through some major remodeling, partners Ian Roberts, Dean Hudgins and Mark Eskridge transformed the former funeral home-then-nightclub into a World Class beer bar.  With more than 30 taps and a modest food menu (though I've heard the menu may expand from what we saw on industry night), The Pine Box is a great new Seattle beer destination.  They also have a full liquor bar, for those times when you're not in a beer mood. 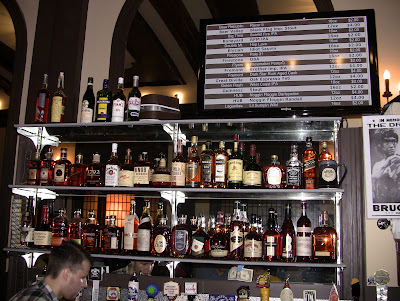 The Back Bar (left) 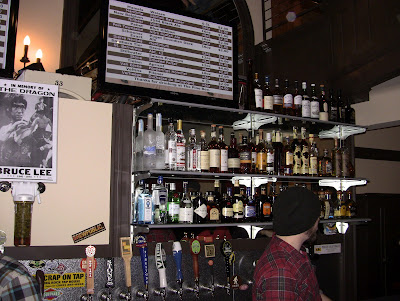 The Back Bar (right)
The exotic and varied tap list (including several IPA's, Belgians, Sours and more)  is complimented by a hop Randall installed behind the bar, as well as the fact that they'll always have at least one cask beer available.  The tap list is displayed behind the bar on big, easy to read HDTV's, allowing for quick and easy tap list updates, as well as providing the ability to keep their website always up to date regarding what's on tap. 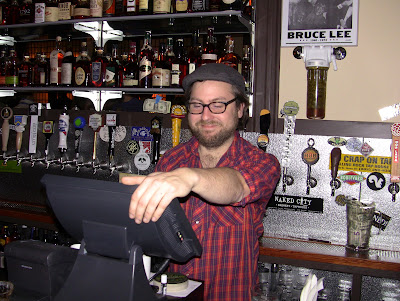 Ian Roberts
The decor is heavy with dark wood, enhanced by the original chandeliers, antique glass windows, high arches and high ceilings of the old funeral home.  The seating for the booths along the wall are actually old church pews; quite appropriate seating for a great place to worship great beers. 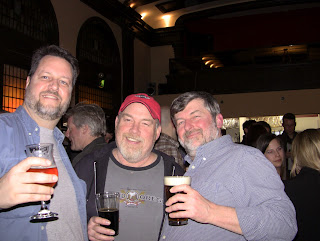 Me With Don Webb (Naked City) and Gary Sink (Beveridge Place Pub)
The official opening date for The Pine Box is this coming Monday, March 26th.  Though I've heard through the grapevine that they may try to be open by this Thursday, March 22nd, so keep your ears open.  For lots more photos and a scan of last night's food menu and tap list, please FOLLOW ME HERE on Facebook.

The Pine Box is a wonderful and welcome addition to the Capitol Hill beer scene, and I will definitely be back again as soon as they are open for business.

UPDATE: It's been confirmed by Ian Roberts that The Pine Box will be open for business starting this Thursday, March 22nd at 3:00PM.  So if you're in the Capitol Hill area, head by for a pint or two.
Drink responsibly and stay safe out there.
Posted by Beer Monger at 3:37 AM