Don't Think I Can Last The Month

Back in mid-December, I posted that I was going to attempt to make it the entire month of January without any alcohol whatsoever.  I was going 'on the wagon'.  This was a personal choice, and to be honest it hasn't really been all that bad.  I went the entire first week without any serious cravings or any slip-ups.  I switched to drinking more water, cranberry juice, limeade, etc. 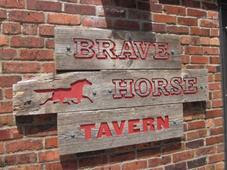 During that first week, however, I missed a few things I would have preferred to be able to take part in.  The first 'challenge' to my month of sobriety was a really enticing sounding keg from Black Raven Brewing, put on tap January 4th at Brouwer's Cafe.  From Brouwer's description: " It's a Stout with Oak, Theo's Chocolate Nibs, Coffee, and Pecans Soaked in Kahlua and Rum."  OK.  You've gotta admit, that sounds incredible!  It was the first time I really asked myself why I was doing this(?)  Why deny myself just for the heck of it?  But I stayed away. 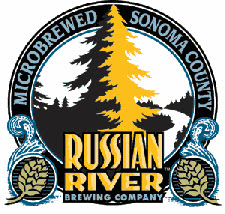 The next day, I got a tweet from a friend who was enjoying a Russian River Brewing Damnation Batch 23, telling me I'd selected a bad day to be sober, as well as a few other tweets of 'condolences' from others for what I was missing by making this choice.  I appreciated their support and tried to soldier on.

The next announcement that made me question what I was doing was from Super Deli Mart in West Seattle (which was featured recently on KOMO4 news).  They announced that starting this week, on 1/10 (tomorrow), they're having a Dogfish Head 'Tribute Week', where they will have over 20 different Dogfish Head Brewing beers available between January 10th and 17th.  And I'm going to miss this...just because?  Such tourture!

Today came another blow. The Brave Horse Tavern in Seattle just posted up on Facebook that tonight is Anderson Valley Brewing Company brewer's night; and Anderson Valley is one of my favorite breweries.  The Brave Horse will be serving up their  Lieber Zeese Oatmeal Porter and Mowkeef Saison, and giving away free AVBC pint glasses.

Unfortunately, I don't think I'll be able to make it to The Brave Horse Tavern tonight to enjoy the Anderson Valley event, but it's really made me question again why I'm doing this for a full month.  Two reasons I cited in my original post were to try and alleviate some of my beer belly, and to give my wallet a bit of a break.  Both of those are still valid reasons, but perhaps a full month of 'cold turkey' total stoppage wasn't the way to do it.  Perhaps a week on the wagon is sufficient.

The week long break I've so far given my waistline and my wallet has been nice, but I think it may be time to end this experiment.  Some of you may call this a failure.  You wouldn't necessarily be wrong, but I've decied I'm going to call it a learning experience.  I've learned that one week without alcohol does a body good, but a whole month without it, for someone like me who really and truly appreciates all the incredible diversity in craft beer and other alcohol selections out there, is just a form of self-punishment, for no truly good reason.

So tomorrow, when Super Deli Mart kicks off their Dogfish Head Tribute Week, I may just have to head down there on my way home and partake in the festivities.  Don't hate me for falling off the wagon - though I haven't fallen quite yet - maybe I can make it till at least this Friday.  We'll see what other tempting events come up.

Drink responsibly and stay safe out there.
Posted by Beer Monger at 11:28 AM