Could You Make It A Month Without Alcohol? 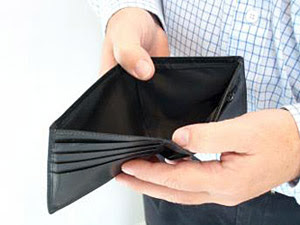 Wallet feeling a bit light after splurging on some great beers?
I really Love good beer.  If you're a regular reader of my blog, you probably do too.  Unfortunately, loving something that much often means you indulge in it quite a bit - sometimes to the extreme.  For example, I've had single weeks where I've spent well over $200 or more just on beer.  Granted, weeks like these are rare and usually due to beer events/festivals I'm attending and/or some great and sought after bottles have just arrived in my local bottle shops.  Still, at times the cost of keeping up with all the amazing offerings out there can definitely add up. 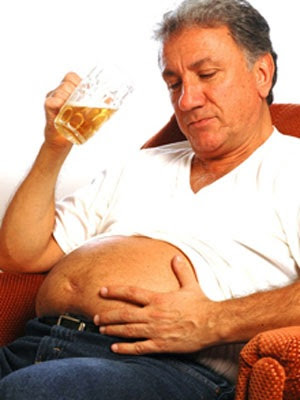 The 'Beer Gut' - Got One?
Then there is, of course, the issues of calories and carbs.  I'm already fighting genetics (from both sides of the family), but my caloric and carbohydrate intake from beer can't be helping either. Enjoying just a few beers a day can add hundreds of calories and quite a few carbs into your diet.  I could stand a one month break to try and loose a few pounds.

Therefore, I've made a decision.  I'm going to attempt to make January 2012 a 'dry' month for me.  That is, I am going to attempt to drink no alcohol for the entire month - excluding, of course, the wee hours of January 1st, when I may still be enjoying some New Year's festivities.  While I do have the occasional drink-free day, I've never attempted a full month of no alcohol whatsoever.  I'm curious to see how much I'll miss it or if I'll actually crave a drink after a while.

I'll keep you posted on my progress with a few blog posts during the month, especially if I should slip up.  But I'm going to do my very best to make it the entire month and have no alcohol from January 1st to January 31st, 2012.  Wish me luck!

Think I can make it?  Care to join me?  Thankfully, there are no major beer events in January, so I think it's a good month to pick for me to attempt this.  Now to figure out what I'll break my alcohol fast with on February 1st.  Hmmm.

Drink responsibly and stay safe out there.
Posted by Beer Monger at 3:41 AM