Aging My Own Whiskey For The New Year

It's just three days until New Year's eve 2011.  Do you have any big plans?  I don't know for sure what I'll be doing this year yet, but I do know that I'd better enjoy myself this New Year's.  That's becuase I have decided that January will be a 'dry' month for me. 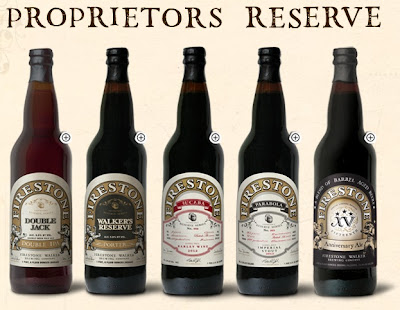 Firestone Walker's Proprietor's Reserve Series (I also have a XIIIth and XIVth Anniversary Ale)
I'm still working my way through my holiday beer selections, which consist mainly of the entire Firestone Walker Proprietor's Reserve series of beers (above) along with a few others, and I've also picked up an 'Age Your Own' whiskey kit from Woodinville Whiskey.  I'm looking forward to barrel-aging some of my very own bourbon whiskey and trying it out (the pre-barreled whiskey that comes with the kit is 110 proof bourbon mash).  Watch for a photo-heavy post soon, showing all of my Firestone Walker beers poured. 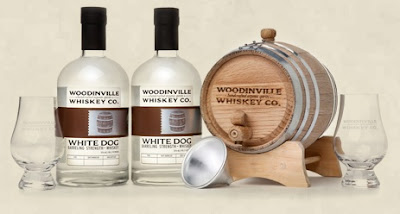 What You Get With The Woodinville Whiskey 'Age Your Own' Kit
A more detailed look at Woodinville Whiskey's website also shows that, from time to time, they sell used 5-gallon whiskey barrels.  These barrels have been used once only to age whiskey.  I'm seriously considering picking up a few of these barrels so I can try to barrel-age a few of my own beers.  Considering my love of oak-aged beers and spirits, I'd relish the opportunity to try and make an oak-whiskey-aged creation myself.  The barrels run $120 each and they should have some more available in February 2012. 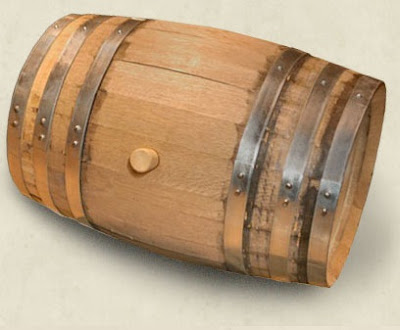 Woodinville Whiskey's Used 5-Gallon Barrels
I'll still be posting a few times in January to keep you all up to date on how I'm doing with my dry month, but I may not be posting as much regarding any beer events or specials in January, so as not to tempt myself too much.  My one 'slip' in January may be (by necessity) the once-weekly 'taste test' of my aging whiskey from it's micro-barrel.  But that will be less than a shot each time - just to check it's progress.

Whatever your plans are for New Years, please drink responsibly and stay safe out there.
Posted by Beer Monger at 3:37 AM