Barleywine, Barleywine Everywhere, So Let's All Have A Drink 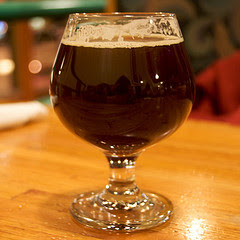 It's barleywine season - one of my favorite beer times of year.  I've always been a fan of good barleywines, so I'm really looking forward to both the 10th Annual 'Barleywine Bacchanal' at Beveridge Place Pub, and the 10th Annual 'Hard Liver Festival' at Brouwer's Cafe. 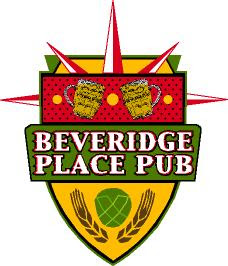 First up is the 10th Annual Barleywine Bacchanal at Beveridge Place Pub in West Seattle.  This is a popular beer destination in the Seattle area, so if you've never been there I urge you to head on over to West Seattle and check them out.  It's well worth the trip across the West Seattle bridge. Bacchus by Michelangelo
So what is a 'Bacchanal', you ask?  A Bacchanal or Bacchanalia were "wild and mystic festivals of the Greco-Roman god Bacchus (or Dionysus), the wine god. The term has since come to describe any form of drunken revelry."  Sounds good to me.

I like that they've tried to incorporate some 'vertical' tastings here.  Four of the barleywines on that list will have at least three vintage years represented, and a few more have at least two vintages.  I'm looking forward to trying quite a few of these - and might have to do the vertical tasting for Stone, Alaskan, and Pike - with four vintages.  I'd better find a designated driver! 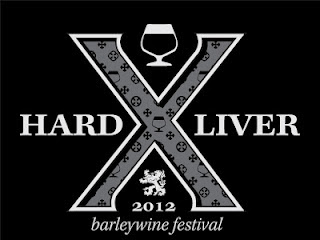 Just one week later over at Brouwer's Cafe is the 10th Annual Hard Liver Festival.  I never miss this event, and this year will be no exception.  There's always a line for this festival too, so if don't want to wait outside after opening time, or if you are intent on finding a seat rather than standing, I suggest you get there early.

With a great start like this, I'm eager to see the rest of the list.  Brouwer's always does a great job with this festival, and they always have some good food to accompany the barleywines.

In preparation for these upcoming events, I stopped by Super Deli Mart in West Seattle on my way home yesterday to pick up a few barleywines.  They have Sierra Nevada Bigfoot '10, '11 & '12, and I also picked up some Old Foghorn from Anchor Steam, some Old Stock Ale from North Coast Brewing, and a few others.  Incidentally, Super Deli is also featuring Seirra Nevada beers on their right now.  I had a delicious pint of their Ovila Quadruple - a Belgian Abbey Quadruple, while I was there.

It should be a great time at these festivals, but due to the 'high octane' of barleywine, I urge you all to use caution.  It can be easy to get carried away when you're tasting so many great examples of the style, so make sure you plan ahead.  Take a bus, have a designated driver, or make other arrangements to make sure you can get home safely.

Drink responsibly and stay safe out there.
Posted by Beer Monger at 3:16 AM